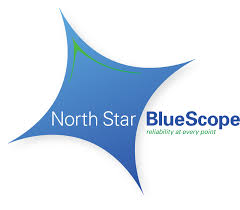 Steel Manufacturer Exemplifies the Link Between Culture and Success

“Instead of looking at people and saying how much industrial experience does someone have, we chose to hire people off of their soft skills,” Rich explained. “We were really into using all of the latest and greatest HR tools for employee selection at that time and we were able to start up a whole steel mill from scratch using those tools.”

But more recently, hiring candidates with a success-oriented mindset is getting more challenging. Rich outlined how it used to be that a simple newspaper ad could result in 800 applicants for 10-15 openings. Now, the firm has increased its investment in online recruitment efforts to approximately four times what it spent previously to get roughly only a third of the applicants. This makes the selection and training process more important than ever for the company to maintain its high cultural standards.

Performance Starts at The Beginning

During the assessment phase, the company evaluates their team according to five key soft skills:

“We’ve been doing this for 23 years and we swear by this process now,” stated Rich. “It’s so ingrained in how we select people and the results are ready for anyone to see through our willingness to change and our lack of severe employee conflicts. We have that ability to roll with the punches, and people avoid becoming non-assets due to adversity. They are stakeholders in the business and really care about what they’re doing.”

North Star BlueScope Steel thinks outside the norm in many other areas of their culture, from an internal university to improve employee skillsets that is 100% tuition paid, to supporting educational growth with 100% tuition reimbursement for external college courses, to efforts to boost the recruitment and retention of women in the workforce, to a fitness center and focus on the physical health of employees. Another key differentiator for the company is the focus on leadership development.

For the past five years, North Star BlueScope Steel has worked with The John Maxwell Company (TJMC) to focus not only on the initiative of the individual, but to build skillsets within their teams that teach how to inspire and lead others. The only problem Rich sees with this effort is that he wished his company had started the relationship with TJMC sooner. “I think that we did a disservice to our team leaders and managers when we were promoting people and just not giving them any direction or training on the leadership side,” he said. “It prevented us from going a little bit deeper and further in some of our internal efforts. The John Maxwell Company has really demonstrated how we can be intentional and systematic with our leadership development.”

North Star BlueScope Steel started by connecting their executives with TJMC’s executive leadership programs and material over a nine-month period. This was so successful that the company integrated TJMC courses directly into their leadership university. The university, which has associate’s, bachelor’s and graduate levels, includes 8 hours of TJMC leadership sessions per month annually. “Someone starting with our associate’s level may not have had a specific supervisory position within the company,” said Rich. “But a few years from now we’ll have 10 candidates for an opening that we can promote from internally because they have been through three years of leadership development training. Not only are these people more prepared, but they’re also continuously learning along the way. When you have a bunch of people that understand leadership concepts working throughout the plant, you have a culture that’s unlike any other in the steel industry. This helps us to retain our people and become a very attractive employer.”

Working with The John Maxwell Company, North Star BlueScope Steel has put up some impressive numbers, including:

North Star BlueScope Steel plans to continue its relationship with TJMC by placing its high-level team through a year-long John Maxwell Company Executive Coaching effort, while continuing the focus on university programs. The company also participates in John Maxwell leadership forums. “That’s a great opportunity for people to go and meet other successful people that really care about leadership in their business,” Rich stated. “After working with The John Maxwell Company, I just felt like—wow—we’re not experiencing the problems of other steel mills and other manufacturing facilities. This has really been a gold mine to help bring out the inner star in all of us.”

Who In Your Company Would Benefit From Executive Coaching?