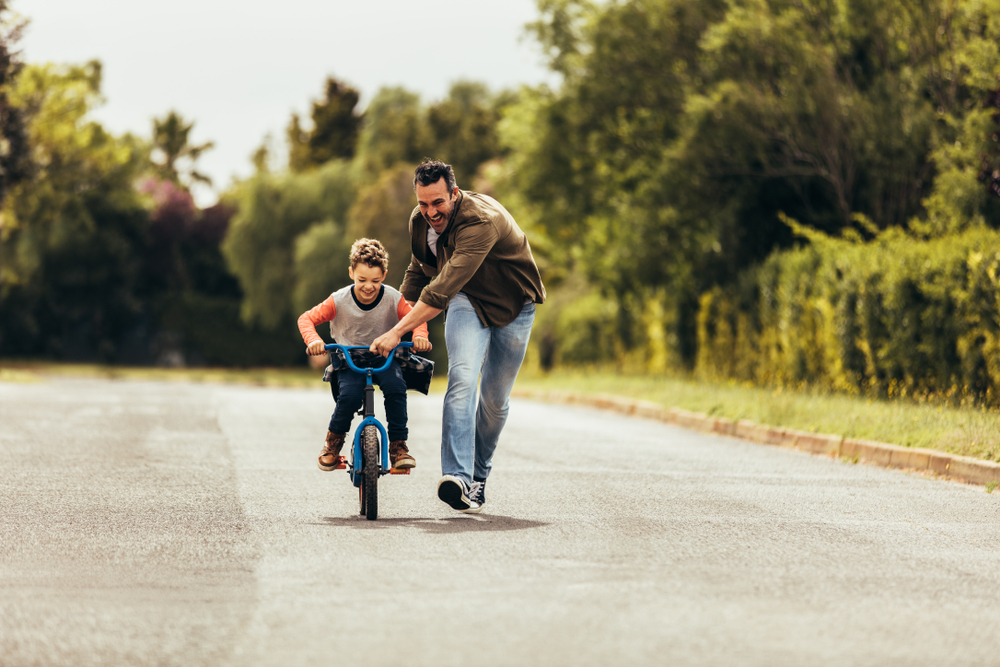 Empowerment 101 – Learning to Take Your Hand Off the Seat

When my children were young, they enjoyed almost nothing more than taking their bicycles out for a ride. In the very early days, those bikes were equipped with training wheels. Over time, as they witnessed the “older kids” riding on two wheels instead of four, they too want to experience this new freedom. This is where being a parent got just a little bit more complicated. When they were on four wheels, there was very little chance of them getting hurt; but there was also very little chance they would ever go anywhere. With the removal of the training-wheels came the freedom and opportunity to find and fulfill their full potential as riders.

One of the shifts in thinking that many leaders need to make is moving from being the answer to your team members’ problems and instead empower those on your team to own and solve the problems. It feels good to be needed, but while you are busy pleasing people instead of challenging them, you limit yourself, and worse yet, you limit each person’s potential on your team.

5 Steps for Moving From Awareness to Empowerment

I could easily have left the training-wheels on my kid’s bikes. Short term, it would save me the time and trouble, and possible heartbreak of training them to ride without them and possibly falling and hurting themselves. Long-term, however, I would be creating problems for my kids and for me if I didn’t do everything possible to empower them to manage themselves and their bicycle prowess.

If you want to empower those on your team, consider these five steps:

#1 – Awareness – you have potential you may not even know about. What a shame it would be if my kids thought that riding with training-wheels was all they were capable of doing. Think of the limitations on their life if I allowed that to happen. The same is true for each member of your team. It’s your job as a leader to see more than they see and see before they see. When you open their eyes to what’s possible, you are on your way to becoming an empowering leader.

#2 – Modeling – watch me ride the bike with only two wheels. One of the greatest gifts leaders can give their teammates is an example of how to do it. People do what people see. Show them the way, and they will go the way.

#3 – Equipping – this is how you ride a bike with no training wheels. What are the tools and resources your teammates need to be highly effective and successful in their work? When you equip your team, you provide them the skills that will make the path to the next level more easily attainable.

#4 – Developing – I will run beside you for a while with my hand on the seat. The hard part for a parent and a leader is the moment you must take your hand off the seat and let them go. I know I would steady them and get them pointed in the right direction and then lightly remove my hand from the back of the seat without them knowing. If they began to wobble, I could easily place my hand on the seat again and bring them under control. This is similar with the people on your team as they begin to take ownership of their roles on the team.

#5 – Empowering – You can ride on your own and go where you like. When I finally couldn’t keep up with the madly pedaling child, I was forced to let them go. As they noticed I was no longer keeping up and that they were riding on their own, there was an energy and excitement that took over. Of course, from where I stood gasping for breath, I could see they were listing to the left or right by ten-degrees or so and that they would soon be in the ditch. But over time, with experience came the ability to keep riding and eventually to try new things on that bike.

Empowering the people on your team does not happen by accident. It requires intentional effort from you and a commitment from them. They need to be committed to the process of growing and learning and of taking the small steps necessary to develop their skills and abilities. They must also be committed to getting back on that bike when the occasional misstep happens and we end up in the ditch. There is no growth without struggle.